YOU ARE HERE: HOME » DREAMWORLD 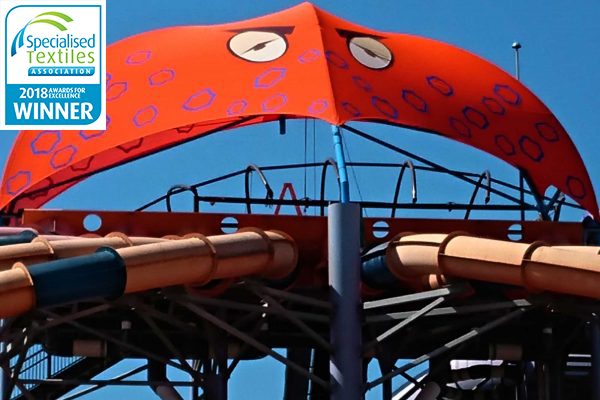 The existing shade sails and approximately 60 percent of the steelwork had major design and specification flaws leading to an early failure and premature corrosion to the steelwork. With minimum disruption of the park’s trading, the project required a replacement of blue ringed octopus shade skin complete with custom sewn in artwork, and rectification of previous patterning and fabrication flaws, along with rectification of the steelwork to prevent early wear in the future. The project was handled so well and without incident that a special thanks was received from the Dreamworld WHS supervisor.