goa is Queensland’s largest billboard and signage company, with their billboard advertising reaching 85% of the southeast Queensland market. When goa acquired the signage rights for the Reading Cinemas building in Newmarket, they commissioned Versatile Structures to transform, and nearly double the size of, the existing signage that curved around the cinema’s exterior. The curved digital billboard needed to be visible from all angles at the busy Newmarket intersection, with unequivocal clarity at night-time and on bright sunny days.

Besides it’s scale and design, the project had several complex challenges to solve.

Situated at one of Brisbane’s busiest intersections at a major juncture point in a high traffic zone, traffic access had to be negotiated with Brisbane Council, the team’s hours of operation were restricted to after dark and outside peak hour traffic, and they had to also be mindful of the noise and disruption the project may cause cinemagoers and downstairs restaurant patrons. 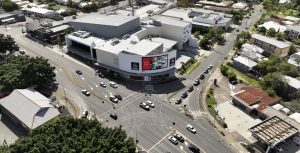 The 25-meter radius curve meant our installation team never had full visibility of what they were working on at any given time during the project. In addition, the cinema blocked one of the sides, which further restricted the team's visibility. 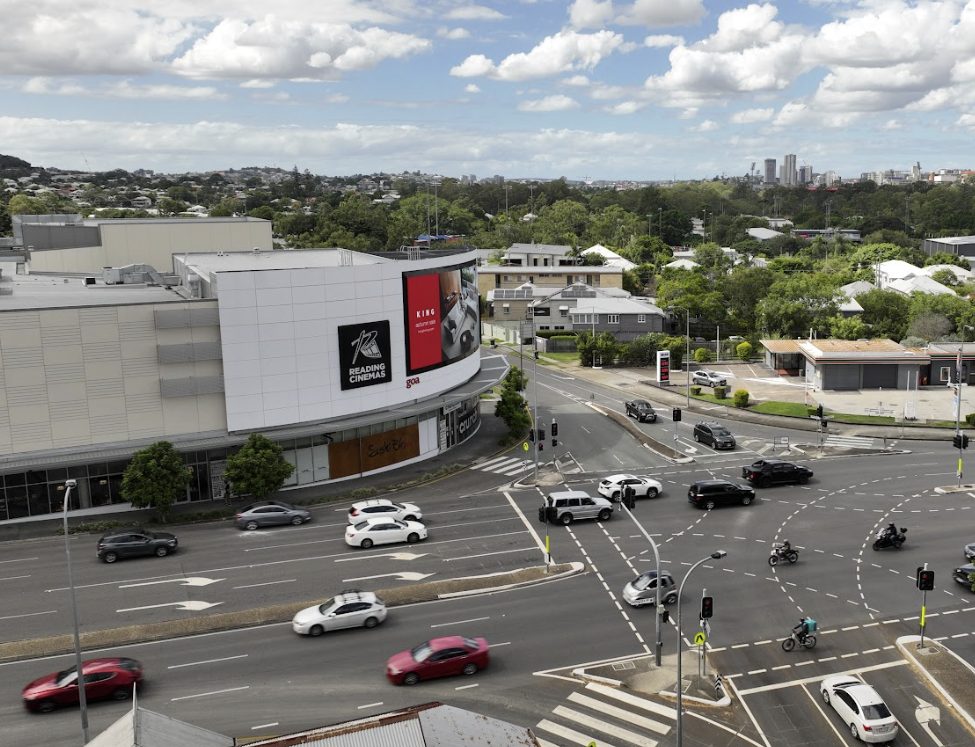 This project comprised the design, manufacture, and installation of a 9-ton curved steel structure with three levels of maintenance walkways at the back that were positioned 14-meters off the ground. The structure’s dimensions are 14.4 meters long and 7.2 meters wide. 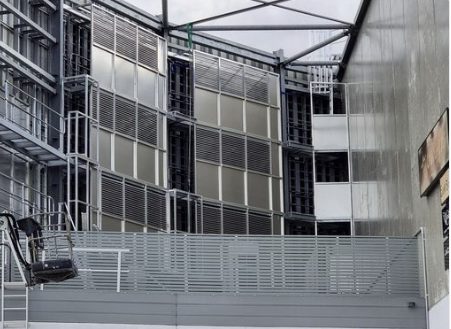 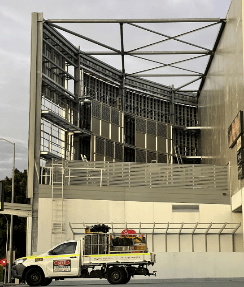 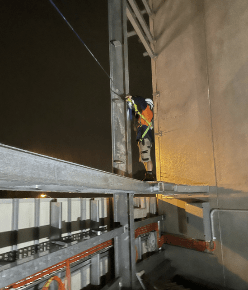 For a picture-perfect result, our team had to meticulously position and line up 108 digital screens weighing a total of 2,700 kilograms to ensure there are no gaps between them. To position the build and ensure the radius is exact, we conducted a 3D-digital survey of the rear of the structure which we overlayed with the original drawings of the building. 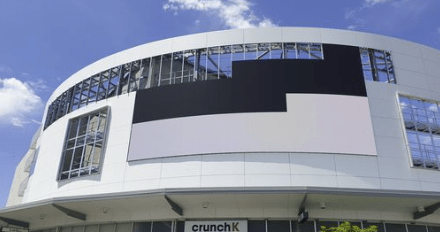 It took our team eight weeks to piece by piece produce this masterpiece, working mostly after dark, sometimes in the rain, three storeys above ground, and with limited visibility across the full design.